We believe there is one true God, eternally existing in three Persons: Father, Son and Holy Spirit, each of whom possesses equally all the attributes of Deity and the characteristics of personality.

We believe that man was originally created in the image of God but fell into sin through disobedience to a divine command and therefore, brought all mankind under condemnation. Man's nature such that he is totally unable to please God for acquisition of a right standing before Him.

We believe that Jesus Christ. the eternal Son of God, became perfect Man without ceasing to be perfect Deity through His miraculous conception by the Holy Spirit. He voluntarily paid for the sins of all people by dying on the cross as their substitute, thus satisfying divine justice and accomplishing salvation for all who trust in Him alone. The third day He arose from the dead in the same body, though glorified, in which He had lived and died. He ascended into heaven and sat down at the right hand of God the Father where He, the only mediator between God and man, continually makes intercession for His own.

We believe that salvation is a gift received only through a personal trust in Jesus Christ who was man's substitute for sin. This gift is given by the unmerited favor of God and is given without regard to any and all human works or goodness. All those who accept this gift by faith are eternally secure in Him.

We believe that the Holy Spirit has come into the world to reveal and glorify Jesus Christ and apply the saving work of Christ to people. He convicts sinners of their need for Jesus Christ, baptizes them into the Body of Christ, imparts new life to them. indwells them and seals them until the day of redemption. Each believer is called to live in the power of the indwelling Spirit and in so doing, his faith will be manifested in works pleasing

We believe that God admonishes His people to assemble together regularly in a local church for​ worship, for participation in ordinances, for evangelism, for edification through the Scriptures and for mutual encouragement. 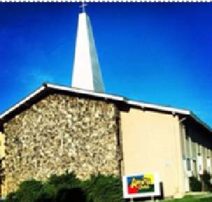